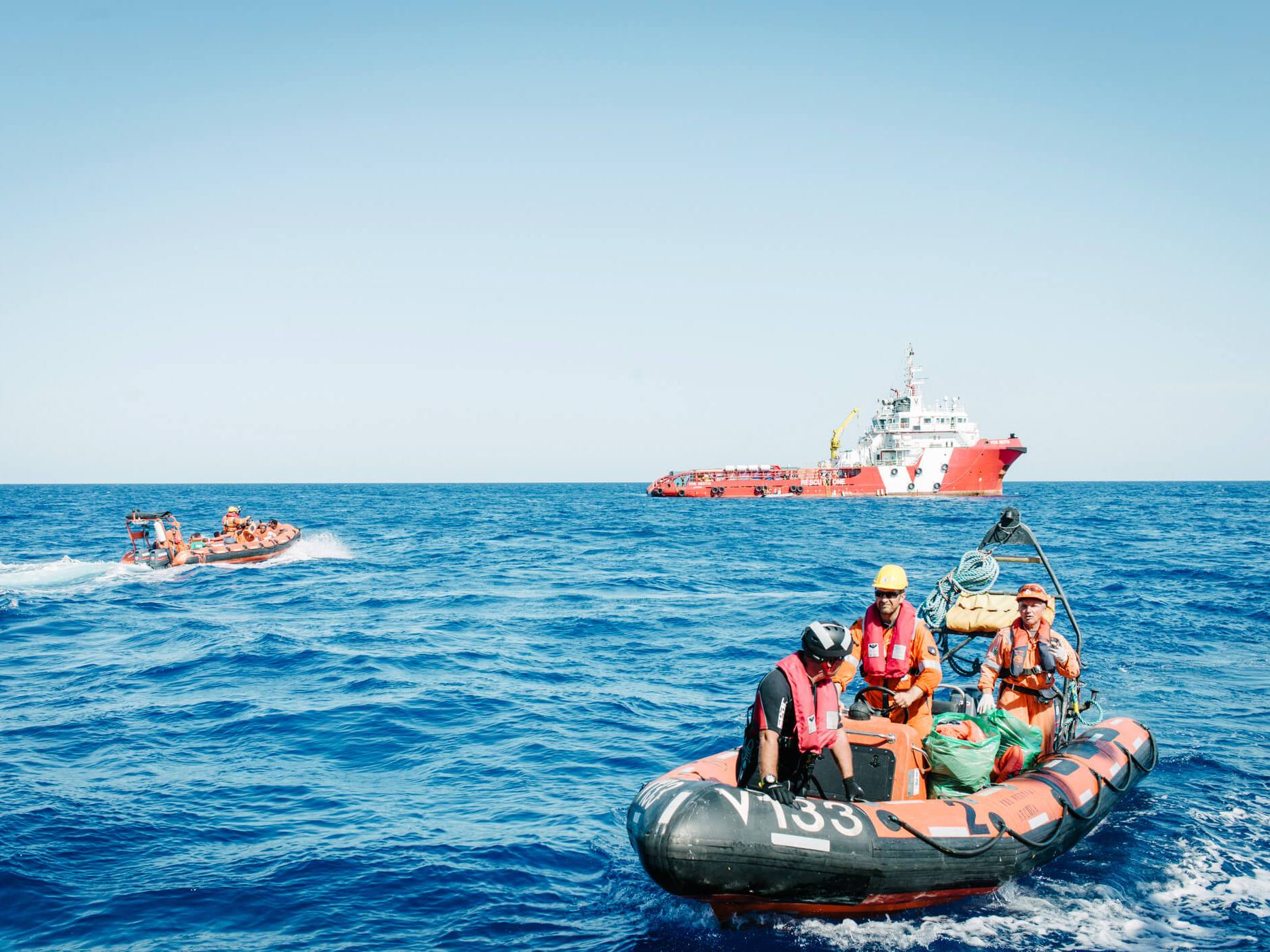 Whether in ports or courtrooms, Italy disregards basic rights

Trapani, November 12, 2022. In the largest court case against crew members of civilian sea rescue, since five years there is not only no sufficient evidence to justify the seizure of a rescue ship, let alone the threat of 20 years prison sentences. This criminal proceeding also lacks the basic principles of a fair trial.

One of the defendants of the Iuventa crew traveled to Trapani for the second time to face questions from the investigating authorities. Already the first interrogation on 29.10.22 had to be stopped by Italian authorities themselves because of insufficient quality of interpretation. This had caused a wide media coverage. After the Iuventa crew denounced these unacceptable circumstances, international trial observers as well as EULITA, the European Association of Legal Interpreters and Translators, also echoed this assessment.

Despite this criticism, today’s attempt also failed. Again no adequate interpretation was provided.

Nicola Canestrini, lawyer of the defence: ”Linguistic assistance must be such as to enable the defendant to have knowledge of the charges against him and to defend himself, notably by enabling him or her to present his or her version of the events in court: this fundamental right, which is granted since 1950 by the European Convention on Human Rights, has repeatedly been denied by the prosecution.”

If interpreters and translators in Italy earn only 10% of the European average, it is not surprising that there is a shortage of them everywhere. Italy, together with Bulgaria and Romania, has the lowest budget for language assistance in Europe. The EU directive itself does not sufficiently specify its requirements, knowingly giving restrictive states the leeway not to act in the interest of defendants and fair trials.

Dariush Beigui, iuventa: “It’s ridiculous! The same prosecution that successfully coordinated with five different police agencies, including anti-mafia units and intelligence services, to detain an urgently needed rescue ship, has repeatedly failed to ensure the fundamental right to a fair trial. It seems to me that they don’t even want to know what I have to say. Is the prosecution even interested in clarifying the facts?“

Italy’s recent intensified crackdown on NGOs that show solidarity with people on the move is part of a long and inglorious history of criminalization in EU countries. Although investigations against civilian rescue organizations are always staged with great media attention, none of the proceedings has resulted in a conviction to date.

Sascha Girke, iuventa: “What is the value of the blockades, seizures and indictments? It seems to lie more in the political exploitation of falsehoods and hateful agitation than in the search for justice. Targeting the NGOs serves to justify today’s shameful political decisions and to unleash again an attack that criminalise people on the move and those who are in solidarity.”