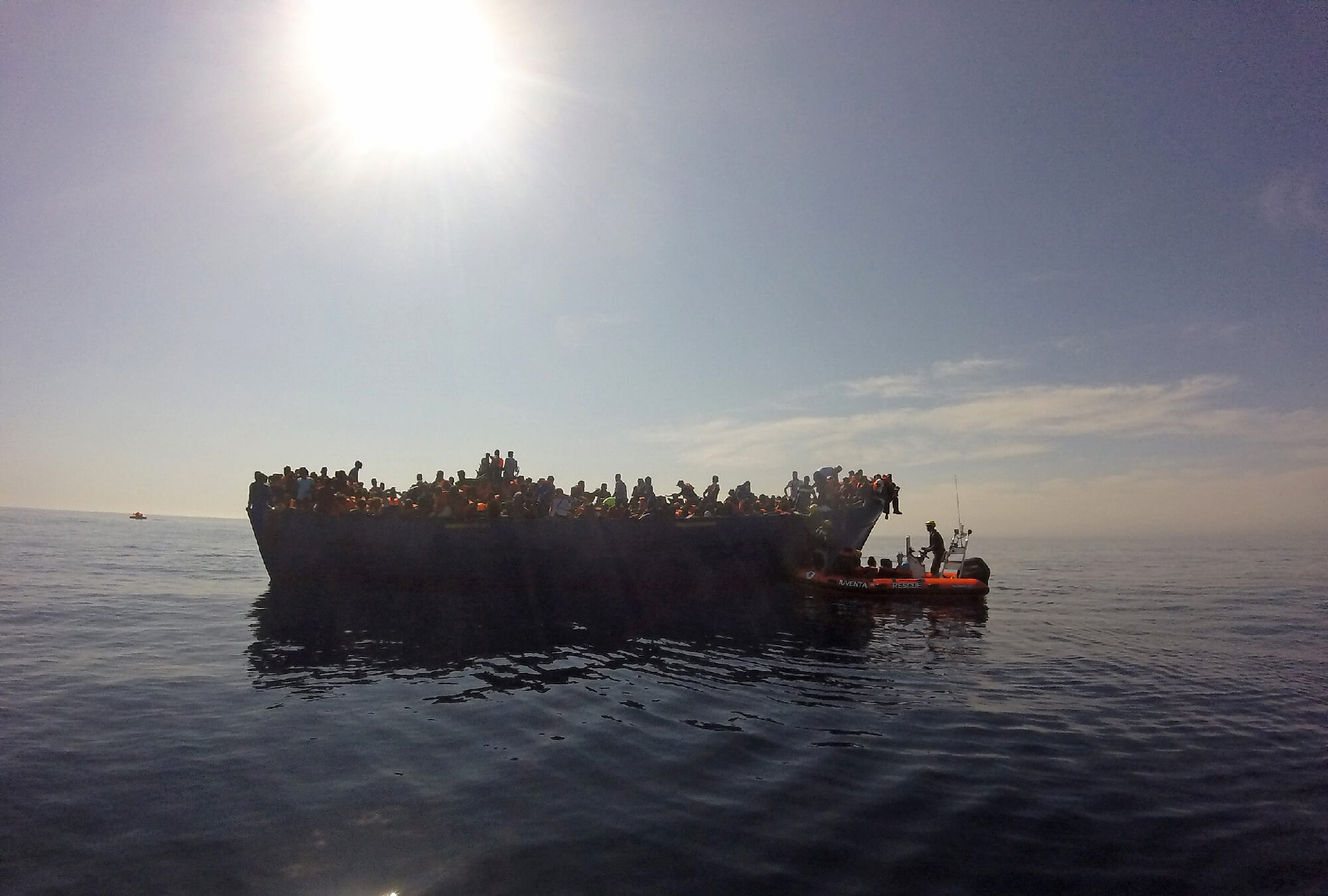 Trapani, 31 October 2022– 5 Years after the seizure of the iuventa ship, the trial was adjourned for the second time last Saturday, 29 October 2022, again due to mistakes by the prosecution. A subsequent voluntary questioning by the police of one of the iuventa defendants had to be aborted after minutes due to insufficient interpretation. The iuventa defendants asked to exercise their right to be interrogated voluntarily by the authorities on Saturday. For this, two high-ranking Coast Guard officers had travelled from Rome to Trapani.

Dariush Beigui, iuventa-crew: “We are taking the risk of a voluntary interrogation that may end up being used against us in order to finally move forward in this case. We believe that sea rescue and flight are not crimes and therefore we have nothing to hide.“

The interrogation however could not even enter the merits of the case and had to be stopped after a few minutes. The quality of the interpretation was completely inadequate to clarify essential questions in a criminal case that could potentially end with up to 20 years imprisoment and fines in the millions. The interpretator, although officially registered, lacked even basic legal vocabulary.

Nicola Canestrini, lawyer of the defence, stresses that this is not an isolated case: “The inability to grant a basic fair trial right such as interpretation is a systemic failure in the Italian legal system, affecting all foreign defendants. As this mistake is not even recognized at the EU level, we’ll ask the Trapani Court to send the case to the European Court of Justice.”

According to EULITA, the European Legal Interpreters and Translators Association, this is even a European-wide problem: “Ridiculous remuneration keeps qualified interpreters far away from courtrooms with the consequence that hearings have to be suspended, time is wasted and costs ramp up. It is not tolerable that Member States do not abide by the provisions on training and quality of legal interpreters and translators and, in the end, on the right of suspected and accused persons to understand the language of the criminal proceedings and be understood.

The defence had already criticised the quality of the translation in the court hearing earlier that day, to which the judge had replied: “We have looked everywhere but have not found anyone who wants to do this job, the pay is simply too bad”

While the iuventa defendants are in a privileged position that guarantees them strong legal support and the necessary means to make these mistakes public, this is not the case for the majority of foreign defendants. If a qualified interpreter can’t be found for an EU language such as German, the situation is even worse in cases where the accused speaks a non-European one.

Migrants in particular have been convicted in their thousands in Italy in recent years for “aiding and abetting unauthorised entry”, based on witness statements, signed documents and court hearings where adequate translations and interpreters have systematically not been provided.

Sascha Girke, iuventa: “This cannot be called fair trials! We understand the systematic failure to provide adequate translation as another facet of Fortress Europe that people are supposed to fail. We are launching a campaign today, calling on others to share their experiences under the hashtag #NoTranslationNoJustice in order to show the extent and manifold effects!”