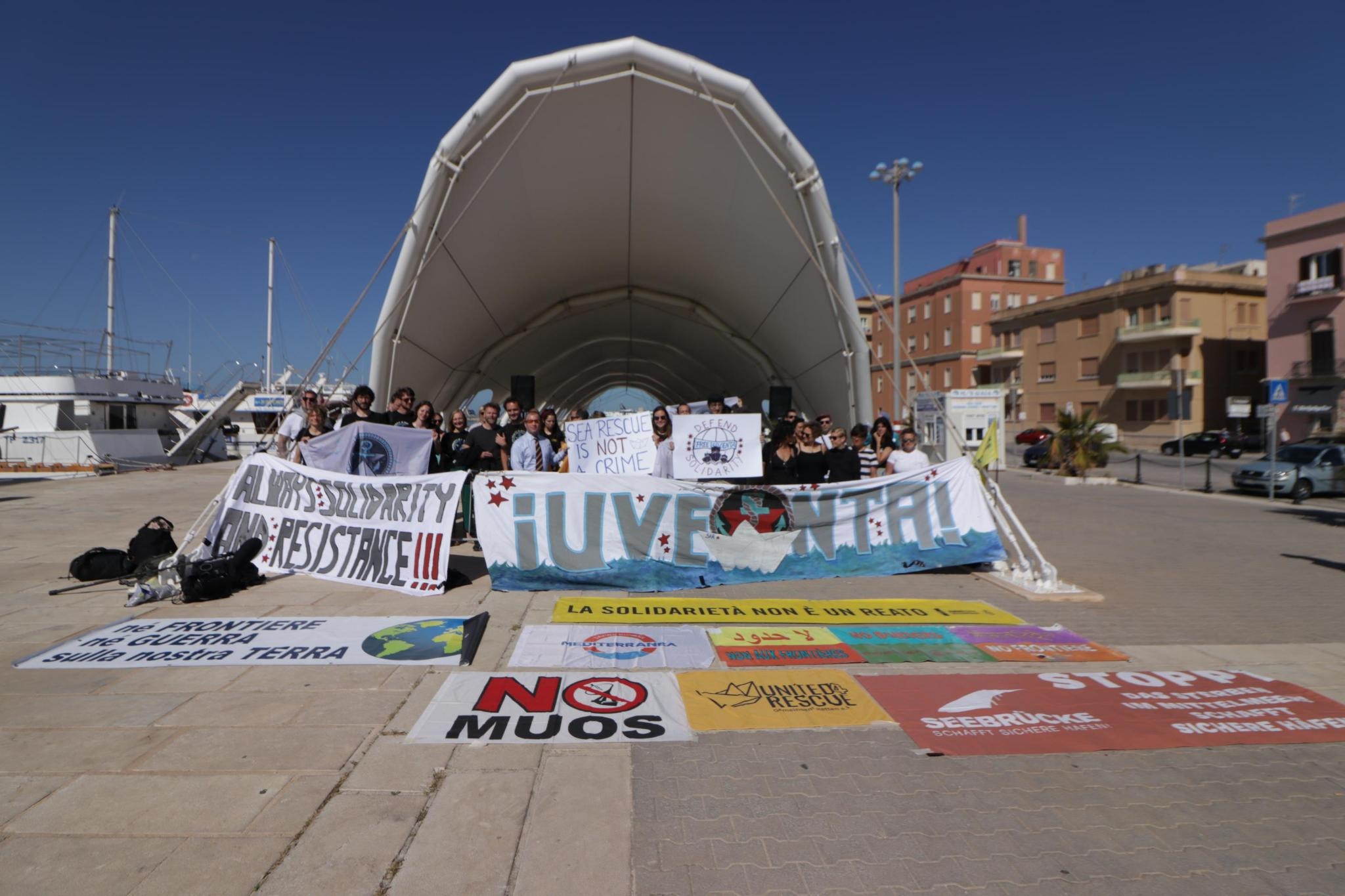 Today, 21.05.2022, the court of Trapani launched the trial against four crew members of the Iuventa and other 17 defendants of Medecins Sans Frontières and Save The Children. The trial was suspended a couple of hours after it convened and proceedings will continue. Three of the Iuventa defendants appeared personally in court today on charges of “facilitation to unauthorised entry to Italy.”

Today’s hearing was about transparency. Secret justice is justice of dictatorships and not of a state of rule of law. Today we have regrettably to acknowledge that the trial took place behind closed doors.

Rescuing people where they can be rescued, is the right thing to do. This should never be subject to a political discussion. I am part of the generation which grew up asking their grandparents „what did you do against it?“. I owe the answer to that very question to future generations. Yet, today we face trial for having saved fellow humans at sea.

Kathrin Schmidt, the former Head of Mission onboard the Iuventa

Independent observation is crucial, given the significant implications of this case for human rights and broader civil society actions. To ensure transparency and public debate, the proceedings should not happen behind closed doors.

The Iuventa crew decries the continuation of the process and insists that the charges against them should have been dropped in the first place. In the event of a conviction, the accused could face up to 20 years in prison. Amnesty International, ECCHR and Members of the European Parliament also call for the immediate termination of the proceedings.

The outcome of today’s trial prolongs the murderous reality in the Mediterranean Sea, through maintaining the uncertainty for other search and rescue NGOs of being prosecuted as well. Since our ship was seized in August 2017, more than 10,000 people have lost their lives trying to reach safety in Europe. Not to forget the countless people forcibly returned to torture and death in Libya

says Kathrin Schmidt, one of the defendants.

Today’s trial was accompanied by solidarity rallies outside the courthouse in Trapani, attended by more than hundred supporters from all over Europe.